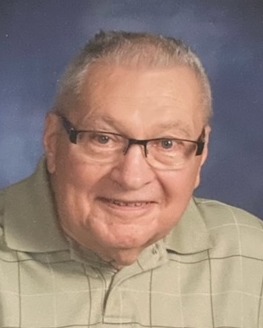 Copy the text below and then paste that into your favorite email application.

Affectionately known to his family as “Honey Bill” and “G-papa” Bill was a family man, who together with his wife of 60 years, Diane, had seven children, 14 grandchildren and five great grandchildren.

He loved being outdoors and working in his yard. He took meticulous care of his lawn, enjoyed planting flowers, and line-drying his laundry. He liked to cook, made a great German potato salad, and took pleasure in making his children’s school lunches. He had long held family traditions, especially around the Christmas holiday, that we will forever cherish. He loved trains, hockey and was an avid Cleveland sports fan. He was steadfast in his faith and instilled that faith in his children as active members of Lyndhurst Community Presbyterian Church for over 50 years.

In lieu of flowers the family suggests donations be made to The Hospice of Western Reserve, 17876 St Clair Ave, Cleveland 44110 and the Lyndhurst Community of Faith Church, 5312 Mayfield Rd, Lyndhurst 44124.

To order memorial trees or send flowers to the family in memory of William J Voelker, please visit our flower store.